Characteristics
1. Four thicknesses of CVD graphene:
Available in either 1, 2, 3-5 or 6-8 layers
2. TEM Substrate:
Microporous Copper TEM Grids with Beryllium-Copper Support Aperture. (6.5µm circular holes and a pitch of 12.5µm; transmission for this type of grid is 41%.)
3. Graphene coverage of the TEM grid is better than 75% (The graphene coverage is typically >75% of the whole 3.05mm diameter TEM grid.)
Appearance
The graphene film appears as a near-transparent to light-grey film on the surface of the red-brown microporous copper TEM grid. For support, the TEM grid is attached using epoxy to a gold-colored beryllium-copper disk with a 2x1mm aperture. 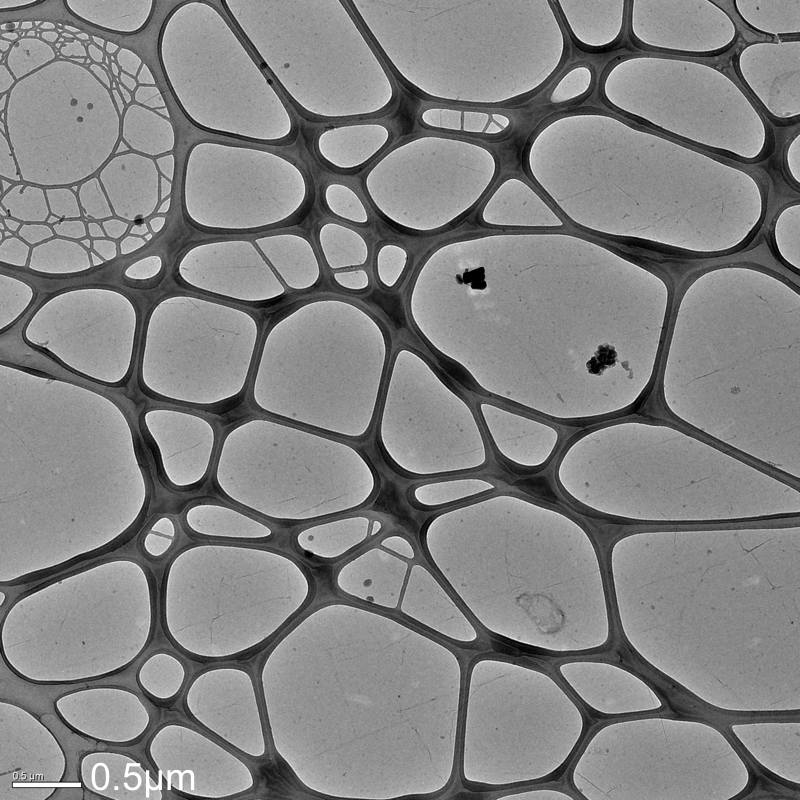 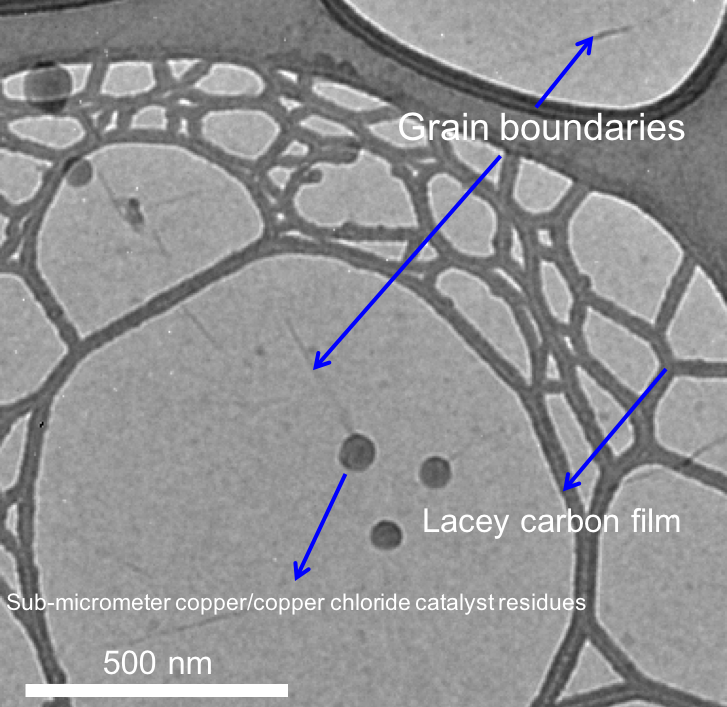 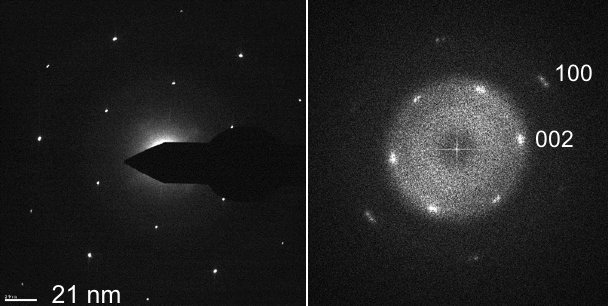 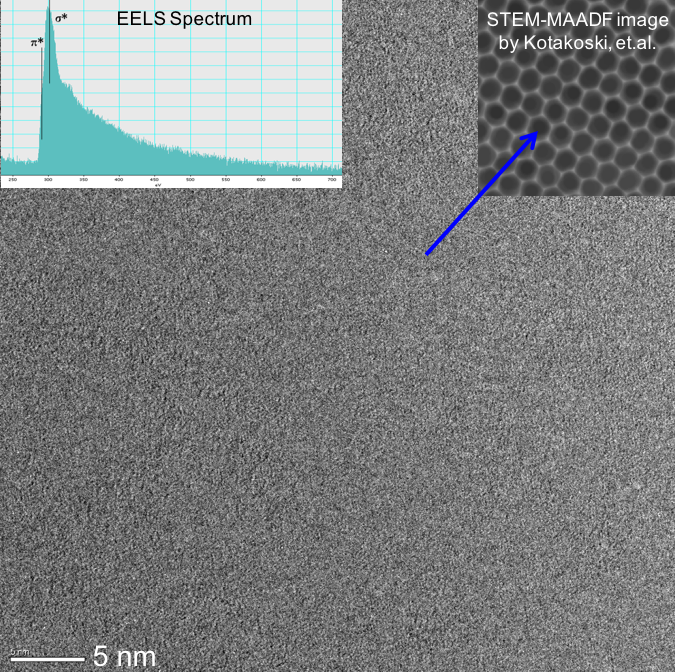